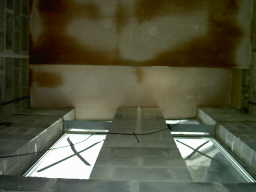 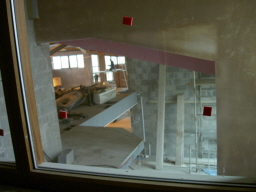 February 2007
Internal plastering was just about finished. Painting continued in preparation for installation of the new suspended ceiling. 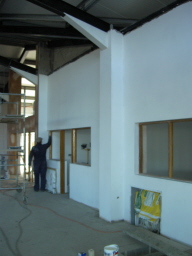 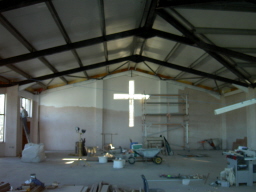 March 2007
External rendering and internal painting continued. Hardwood frames and windows were varnished. Installation of the suspended ceiling commenced. A new security door was fitted and kerbstones laid by the church entrance. 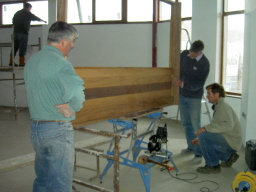 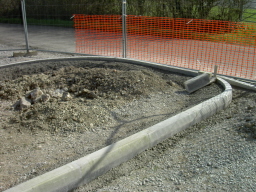 April 2007
A busy month – plastering and ceiling installation continued. Outside, trees were planted, the building was painted and more kerbstones were laid. 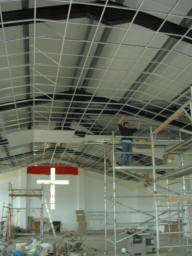 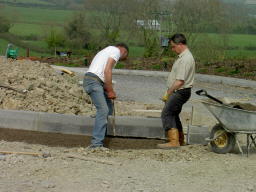 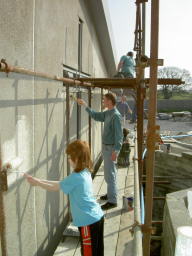 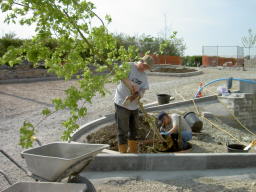 May 2007
Internal works continued and the fire doors were cut to size and prepared for hanging.
A gardening team was formed to plan layouts for the various flower beds. 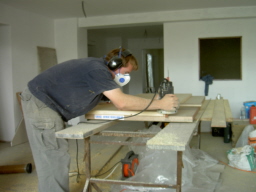 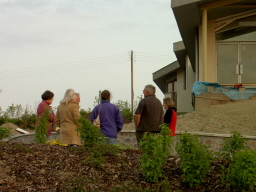 June 2007
External railings were made up, internal walls were painted, the kitchen was tiled, fire doors were fitted, the sound desk was built and we started sealing the concrete floors. Outside, rustic fences and steps down to the lower carpark were built, fire escape steps to the cellar were installed, and most garden walls were painted.

July 2007
Nearly there…the railings were finished, galvanised and installed. Sound and alarm systems were installed. Stage lighting installation was started. Painting of internal rooms continued, including a fantastic mural in the new creche. A partition wall in iroko hardwood was build overlooking the entrance lobby. Patio paving slabs were laid and garden steps built, with more outside planting completed, and much more besides…

August & September 2007
The final push…with loads of extra helpers on site the project was completed enough for us to declare the building open and ready for use on 8th September. Here are some pictures of happenings during the final few weeks: